In the spring, along with hosting our 12th annual festival, two major things happened with OBEY: we issued an apology in light of an event we hosted that caused harm to our community and made it known that, due to a cease and desist, we need to change our name.

Details after the jump! The last? OBEY was a deep and wild ride. On Sunday, June 2nd, , as part of our 12th annual festival, we hosted an event called Gay Guerilla: Julius Eastman, featuring the work of the late artist Julius Eastman, a queer, black composer based primarily in downtown New York City until his passing in This event caused direct harm to those involved, those in attendance and to the broader communities surrounding our organization, particularly QTBIPOC folks.

We accept full responsibility for this harm and intend to take measures of accountability and transparency moving forward, in hopes of honoring those who experienced violence as a result of our negligence. The portal is about to open!

Our 12th annual festival of music and sound kicks off this Thursday. Here are some quick pointers for ya just in case:. Spring is peeking through the clouds on the Atlantic coast. Head to our schedule page for an overview of the weekend. Evening and late night shows are ticketed on a PWYC basis at the door cash only.

Advance tickets for all events are live now, head to our online box office to scoop up a ticket and ensure entry. Or go all in and get a festival pass ; nothing overlaps so with a pass, you can catch every single happening. See you this spring, at the edges of everything!

My citing the creation of tension as part of the work of the nonviolent resister may sound rather shocking. But I must confess that I am not afraid of the word "tension. Just as Socrates felt that it was necessary to create a tension in the mind so that individuals could rise from the bondage of myths and half truths to the unfettered realm of creative analysis and objective appraisal, so must we see the need for nonviolent gadflies to create the kind of tension in society that will help men rise from the dark depths of prejudice and racism to the majestic heights of understanding and brotherhood.

The purpose of our direct action program is to create a situation so crisis packed that it will inevitably open the door to negotiation. I therefore concur with you in your call for negotiation. Too long has our beloved Southland been bogged down in a tragic effort to live in monologue rather than dialogue.

One of the basic points in your statement is that the action that I and my associates have taken in Birmingham is untimely. Some have asked: "Why didn't you give the new city administration time to act? We are sadly mistaken if we feel that the election of Albert Boutwell as mayor will bring the millennium to Birmingham. While Mr. Boutwell is a much more gentle person than Mr. Connor, they are both segregationists, dedicated to maintenance of the status quo. I have hope that Mr. Boutwell will be reasonable enough to see the futility of massive resistance to desegregation. But he will not see this without pressure from devotees of civil rights.

My friends, I must say to you that we have not made a single gain in civil rights without determined legal and nonviolent pressure. Lamentably, it is an historical fact that privileged groups seldom give up their privileges voluntarily. Individuals may see the moral light and voluntarily give up their unjust posture; but, as Reinhold Niebuhr has reminded us, groups tend to be more immoral than individuals.

We know through painful experience that freedom is never voluntarily given by the oppressor; it must be demanded by the oppressed. Frankly, I have yet to engage in a direct action campaign that was "well timed" in the view of those who have not suffered unduly from the disease of segregation. For years now I have heard the word "Wait! This "Wait" has almost always meant "Never. We have waited for more than years for our constitutional and God given rights.

The nations of Asia and Africa are moving with jetlike speed toward gaining political independence, but we still creep at horse and buggy pace toward gaining a cup of coffee at a lunch counter. Perhaps it is easy for those who have never felt the stinging darts of segregation to say, "Wait. There comes a time when the cup of endurance runs over, and men are no longer willing to be plunged into the abyss of despair. I hope, sirs, you can understand our legitimate and unavoidable impatience. You express a great deal of anxiety over our willingness to break laws.

This is certainly a legitimate concern. Since we so diligently urge people to obey the Supreme Court's decision of outlawing segregation in the public schools, at first glance it may seem rather paradoxical for us consciously to break laws. One may well ask: "How can you advocate breaking some laws and obeying others?

I would agree with St. Augustine that "an unjust law is no law at all.

Now, what is the difference between the two? How does one determine whether a law is just or unjust? A just law is a man made code that squares with the moral law or the law of God. An unjust law is a code that is out of harmony with the moral law. To put it in the terms of St. Thomas Aquinas: An unjust law is a human law that is not rooted in eternal law and natural law. Any law that uplifts human personality is just. Any law that degrades human personality is unjust. All segregation statutes are unjust because segregation distorts the soul and damages the personality.

It gives the segregator a false sense of superiority and the segregated a false sense of inferiority. Segregation, to use the terminology of the Jewish philosopher Martin Buber, substitutes an "I it" relationship for an "I thou" relationship and ends up relegating persons to the status of things. Hence segregation is not only politically, economically and sociologically unsound, it is morally wrong and sinful. Paul Tillich has said that sin is separation.

Is not segregation an existential expression of man's tragic separation, his awful estrangement, his terrible sinfulness? Thus it is that I can urge men to obey the decision of the Supreme Court, for it is morally right; and I can urge them to disobey segregation ordinances, for they are morally wrong.

Let us consider a more concrete example of just and unjust laws. An unjust law is a code that a numerical or power majority group compels a minority group to obey but does not make binding on itself. This is difference made legal. 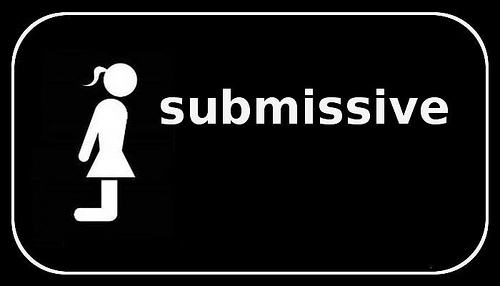 By the same token, a just law is a code that a majority compels a minority to follow and that it is willing to follow itself. This is sameness made legal. Let me give another explanation. A law is unjust if it is inflicted on a minority that, as a result of being denied the right to vote, had no part in enacting or devising the law. Who can say that the legislature of Alabama which set up that state's segregation laws was democratically elected? Throughout Alabama all sorts of devious methods are used to prevent Negroes from becoming registered voters, and there are some counties in which, even though Negroes constitute a majority of the population, not a single Negro is registered.


Can any law enacted under such circumstances be considered democratically structured? Sometimes a law is just on its face and unjust in its application. For instance, I have been arrested on a charge of parading without a permit. Now, there is nothing wrong in having an ordinance which requires a permit for a parade. But such an ordinance becomes unjust when it is used to maintain segregation and to deny citizens the First-Amendment privilege of peaceful assembly and protest.

I hope you are able to see the distinction I am trying to point out. In no sense do I advocate evading or defying the law, as would the rabid segregationist. That would lead to anarchy.